He has played a road tripping idiot, America’s favorite news anchor and everything in between but tonight his role was that of a folk/blues singer song writer.  Accompanied by his son Ben Daniels and his band Mr. Daniels turned the jammed packed City Winery in New York City into his personal soundstage.  Despite having to turn away from the mic occasionally to cough because of flu like symptoms the Emmy Award winner still delivered.  His lack of a Hollywood ego in combination with his ‘the show must go on’ grit endeared him quickly with the audience.  Jeff’s set list spanned his entire recording career including the recently released “Days like these”.  His carefully crafted tunes where woven together with humorous back stories and tales of being Will McAvoy, Harry Dunne and Jeff Daniels.  That being said, don’t get it twisted, music was king on this night! 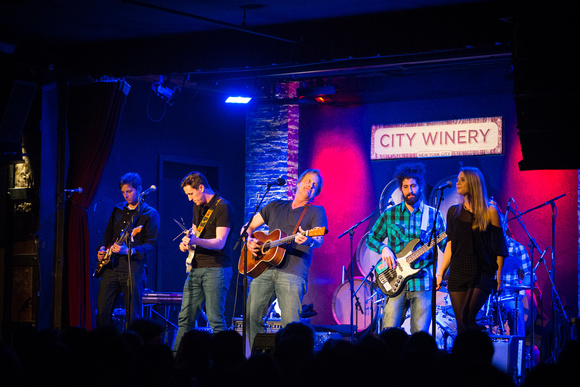