Thank you for your patience while we retrieve your images.

Safori’s rise as a multi-media artist has reached lofty heights he never even attained in his earlier years when he was Ghana’s national pole- vault champion.

A native of Akropong-Akuapem in the mountainous eastern region of the West African nation of Ghana Safori arrived in the U.S. in 1990 to study architecture at Howard University in Washington, DC. Safori moved to San Francisco, CA where he took up painting as a hobby. His earliest attempts were met with resounding praise from a bevy of enthused patrons who bought his works. Shortly after, he was given an opportunity to exhibit his work at Nordstrom in Palo Alto, CA where he was employed. People responded immediately and the paintings moved as quickly as he could produce them. “Within two weeks, every piece was sold” said Safori. He resigned and has devoted his time in creating art with this precious gift bestowed upon him.

Safori’s artistic gift seems to come effortlessly. As a self-taught artist, he tries his hands on all kinds of mediums, themes, styles, and does it with ease. He creates contemporary images depicting his love for jazz music, family life and modern sculptures reflective of African themes. He works hard and has discipline himself to an intense regimen of creating without cutting corners”. His work ethics exemplifies his non quitting spirit as a sportsman. Each and every piece of his art is created with integrity, using the highest quality of materials available. “If you do it in the right spirit, you’ll never be disappointed,” explained Safori.

Safori accomplishes an incredible amount of works in a short time. At his breakneck rate, he has completed over 300 originals from sketches to paintings. “The process is intense but it’s flowing… for me, it’s never a struggle to create art, my style is constantly changing, never the same which gives me the freedom to explore new ideas that have never been done before in the art world.”

His reputation has grown quickly with many prestigious accolades, acclaimed critical reviews and loyal followers of joyful collectors. As Dr. David C. Driskell, Professor of Art Emeritus at the University of Maryland, and curator for the Bill and Camille Cosby collection, once stated….”Safori is the artist to look out for.” Dr. Driskell has Safori’s works in his extensive collection.

Nowadays, Safori is being commissioned by major corporations to produce original art for their corporate offices around the world.
©2006-2023 Sean J. Rhinehart / SeanJamar.com & PDP Photo LLC - ALL RIGHTS RESERVED 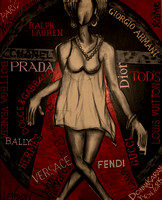 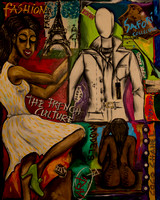 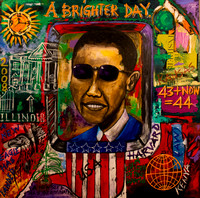 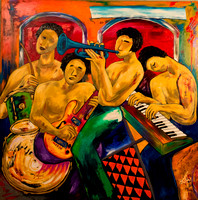 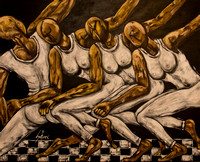